Is this a Yeti? It certainly does enjoy being out in the snow, but regardless of it's exact designation, it is a Beast. 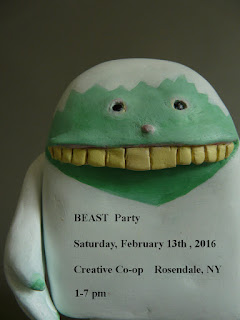 It is an interesting thing to live in an older building that many other people have lived in over the years. Sometime ago, someone thought that it'd be a great idea to stick florescent star stickers all over the ceiling. Sometime after that someone else thought that that was a terrible idea, but instead of scraping them off, they simply painted over those stickers.

Therefore, there are now tiny bumps that exist next to the cracks in the ceiling, and my goodness, don't those stars look like eyes, and the cracks look like smiles. This is where this Beast came from: a ceiling. 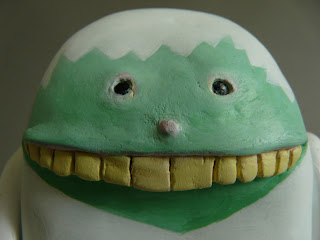