I am not going to give up! Today, I will instigate some mischief, dang it! Ah, ha! I have heard of an artist (always a good source of unpredicatble and rambunctious behavior!) who lives nearby. I thought I'd pay him a visit. 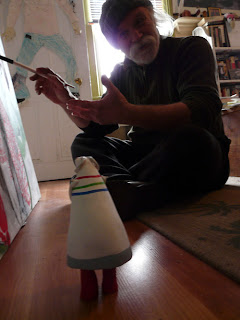 His name is Rich Corozine, here he is in his studio. 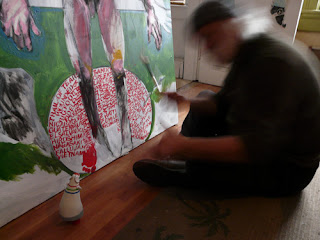 I caught him while he was working, but that didn't stop him from telling me tall tales. 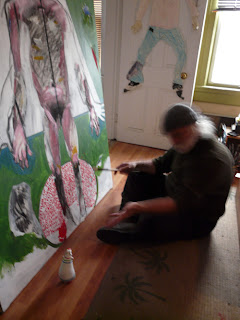 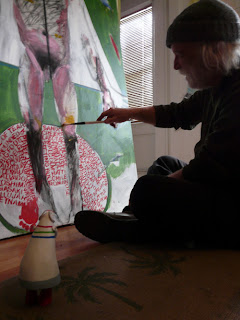 In a very short amount of time, I felt very confident that I could and would  influence him towards mischief! What, oh, what shall we do? Hmmmmmm.... 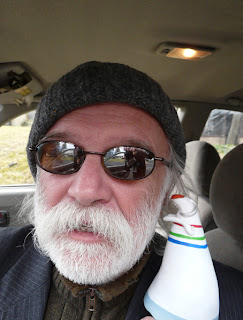 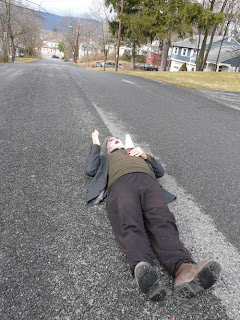 YES! YES! Mischief! Lying down in the middle of the road! Ha-ha! What chaos would ensue?...Traffic stopped, people gawking, squirrels would have to leap over him! Joy! And as I waited for the crowd to gather...he continued to extol his theories about art, symbiosis and the meaning of chance encounters.

Ah, but Diary, my plans were foiled. Apparently there isn't much traffic or population on Lookout Ave. No one noticed us - not even a squirrel. Drat! 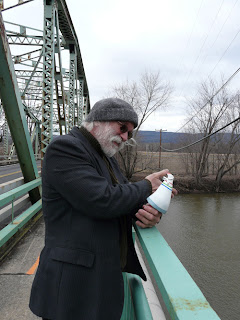 How about jumping off a bridge?? 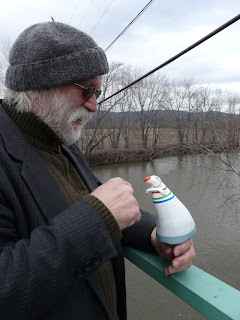 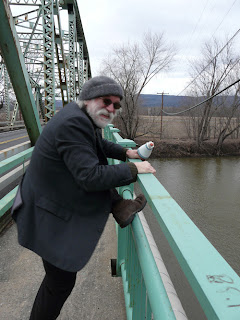 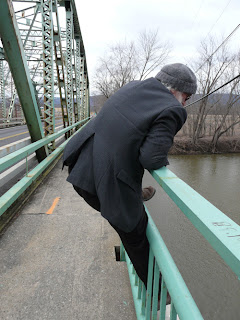 What??! Sing! what are you doing here? 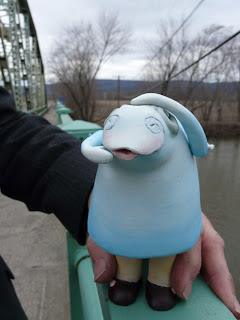 Sing! said, "What are you thinking?! This is a really bad idea!"

Rich looked at me and said, "Hey man, you know....this IS kinda a crazy idea. I need my winter coat. It's freezing out here."