Whimsy's Journey to See the Birth

My dear friend, The Advisor, told me of a miraculous occurrence that was about to happen over the sea. 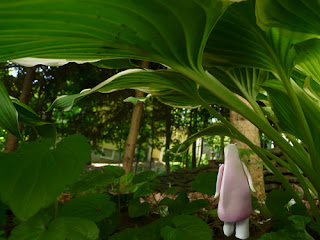 This event was to be of particular interest to me, or so it said. As the Advisor understands me so very well, (as it IS particularly observant and wise) I decided to take its advice and journey across the sea myself. 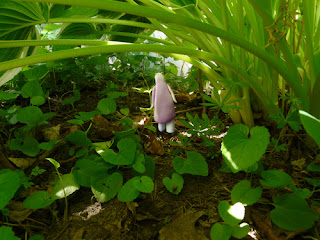 So, I began my trek through the vastness of the Emerald Isle. Well, perhaps the island isn't SO vast as  much as I do so very much like to stop and look about as I go.
﻿I knew that a ship would be waiting for me at the shore, for The Advisor had said that Randy Parmer was to show me the way to the miraculous occurrence! Randy and The Advisor are tremendous chums, and it is Randy who built and sails the ship from the Isle to his homeland, transporting Beasts, People and various other Beings between the two! What would we do without him?! 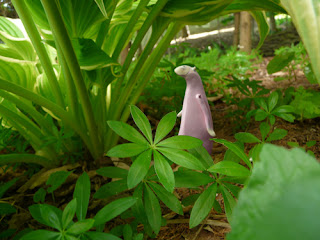 ﻿As promised...Randy was waiting for me, and such a glorious trip over the sea! Oh, how I had forgotten the joy of the swell of the tide, the music of the crashing waves and the scent of life in the waters! Ah! But more joy was to come, as Randy explained his new project.
It was summer in his land, and he had planted a (right then, I was convinced that this was what the Advisor wanted me to know, but there was MORE!), and he had birthed hundreds, nay thousands (or millions...I'm not sure) of Praying Mantises! 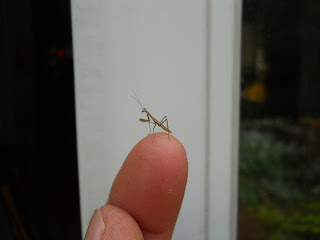 Oooooh! Look how cute it is! Oh, one of many, how precious you are! Welcome to the world, my dear, and I will be watching, breathlessly, all that you do and discover!
Thank you Randy and Advisor!
Email Post