The Beast who decided to stay.

This is Georges Bête. 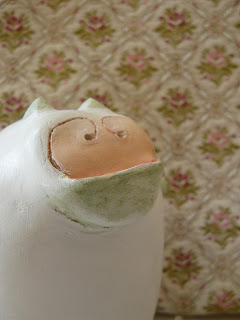 You may remember him as Pirate Beast. 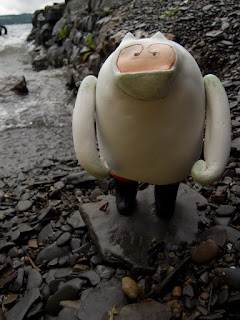 As the 50 Beasts that I had made began leaving the studio, Georges became one of four remaining Beasts, and suddenly, his image started popping up in my mind frequently. It was then that I realized that he wanted to stay. Once that decision was made, he began to tell me more about himself. 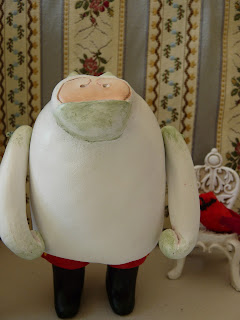 Georges is French! He lives in Paris and is an Artist.

He, laughingly, told me that he wasn't surprised that I had thought that he was a pirate at all. Others had made the same mistake. You see, he enjoys wearing pirate (or musketeer) boots because he romanticizes other eras. One of his favorite pastimes is to stomp down the streets of the city at night and pretend that he is living in the past.

Here is Georges in his art studio, 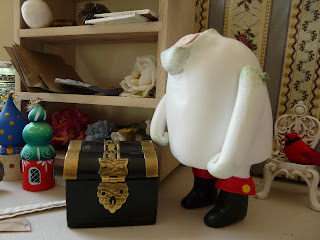 He has many props and objects of curiosity.

But he is mostly a painter, and his most common subject is plants and flowers. He adores plants. Here he is standing in front of some of his work. 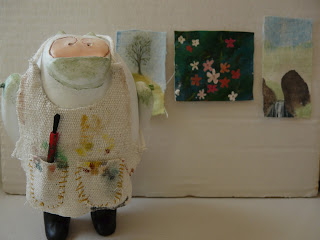 Perhaps one day I will get him to explain why it is that he paints. But I can tell you that he is quite the sensualist and is often filled with the rapture of beauty, truth, freedom and love! That makes his companionship adventurous at times! 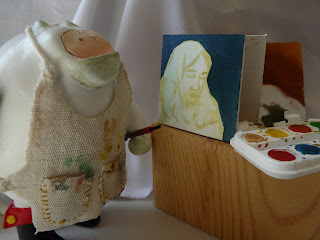 Once Georges decided to stay, I was surprised at how happy that made me. I am quite taken with him, and apparently he is with me too.  Here you see that he has begun painting my portrait.

P.S.
I must also say that at the time when Georges came into my life properly, I was reading the book, The Marvels by Brian Selznick. 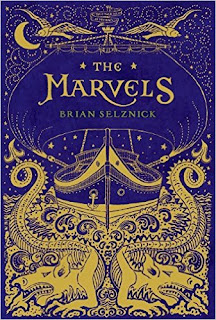 For those of you who love delving into the imagination and creativity...and doing so with other people... I recommend this book to you. It is all about theater: real life theater, theatrical productions and the theater we make up ourselves. That is where Georges came from!