Alright, I will admit to a tremendous influence by the BBC television show, The Musketeers when creating this Beast. 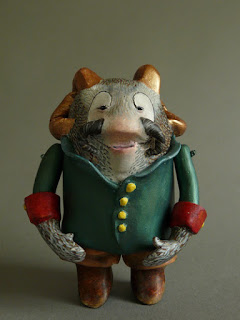 Actually, the horns and tusks were already there. 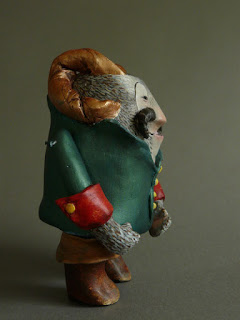 Adding very large and worn out boots and a coat with many buttons, came later, after particularly close viewing of the costuming on the television show. 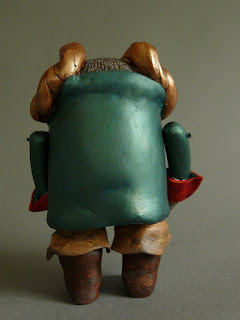 I think that the effect came across very well. 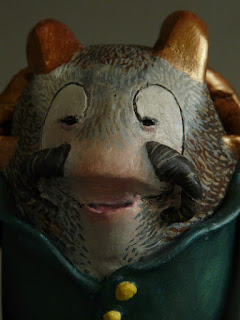