I rarely enter contests, but after my excitement over sending a piece to the Dark Crystal Creature Creation Contest, I feel more inclined to do so. So, when I went to Manny's Art Supply, and I saw that they were having a Christmas ornament decorating contest, I decided to join in. 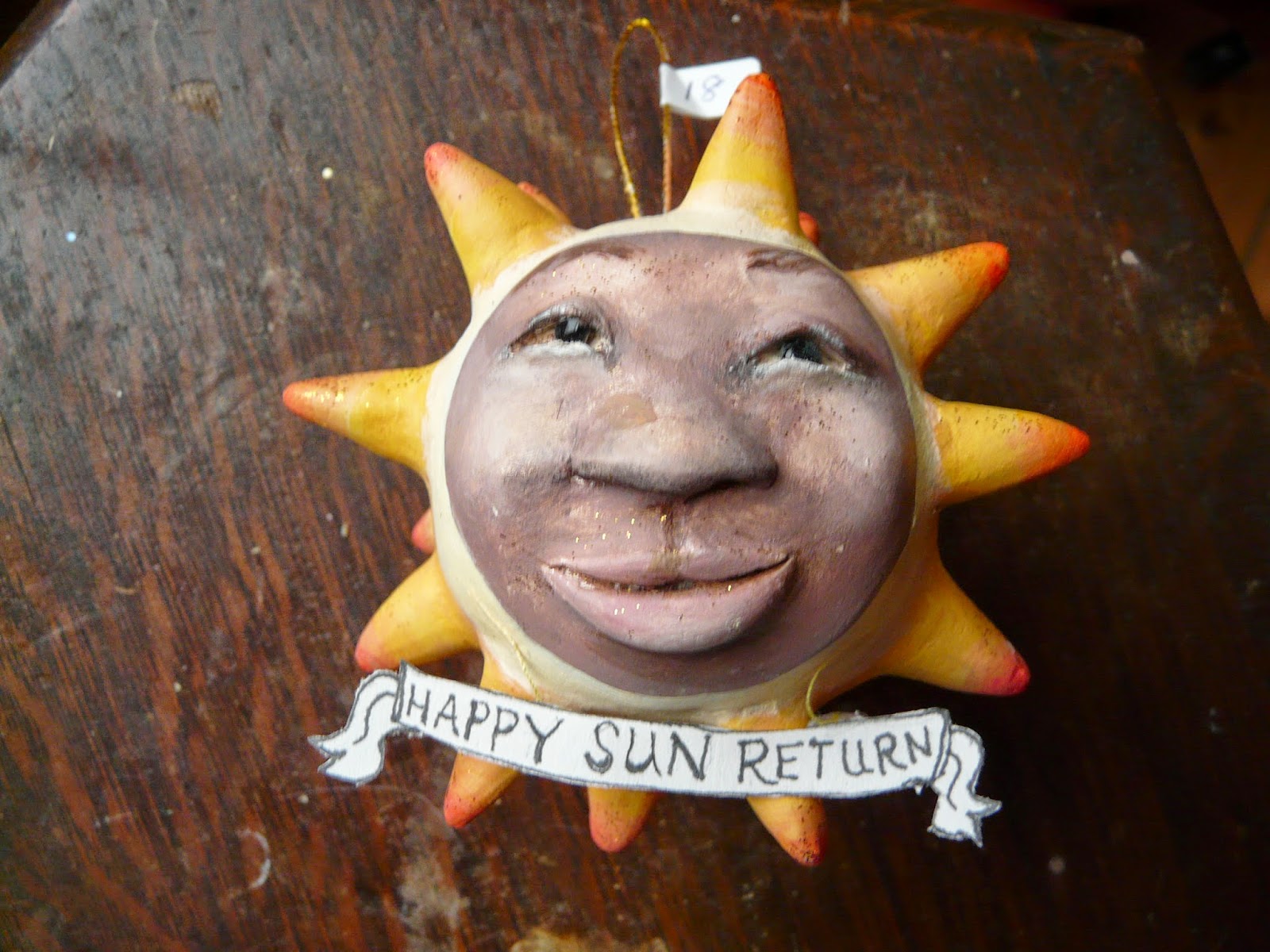 They had a display of pre-made, basic ornament shapes that you purchased, and then decorated. I chose a round ball as that could turn into just about anything. 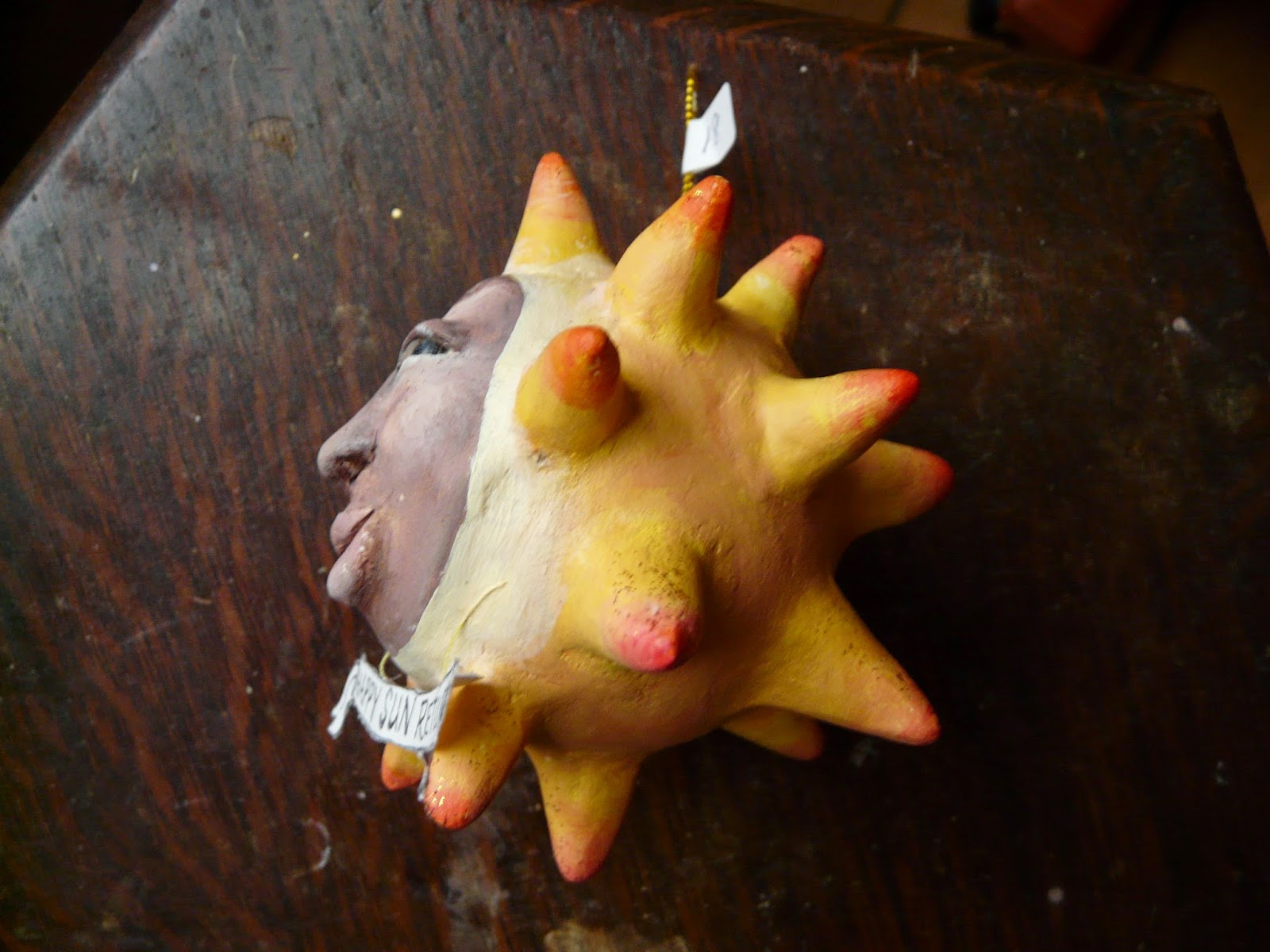 Initially, I thought of making a Jack Frost, and if I did make him, it'd be blue and white. Then I figured that that was expected...obvious. So I thought about making a sun to note the solstice and the beginning of longer days. The sun is not blue and white...it's golds and browns and reds!

I dropped it off and I am happy to say that I won first place! I got a great gift certificate...which has been spent already. Thank you to Manny's and all of those people who voted for my ornament!