This is a picture of Georges Bête with a couple of his pals, 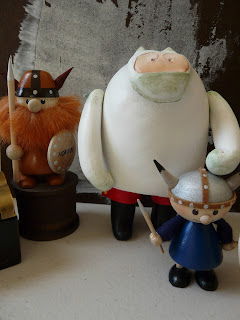 Ole and Knut also live in Paris, and they are tremendously fond of Vikings and Norway in general. They can always be seen with their Viking helmets, spears and shields.

Now, Ole and Knut are perfectly aware that Vikings had feathers on either side of their helmets rather than horns (as they are mostly pictured with these days) but they really, really like these hats, so they are going to stick with them. 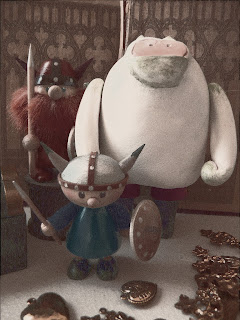 Georges explained to me that he enjoys their company because they are so very willing to follow their imaginations and passions, as Georges too, enjoys pretending to be from other eras in history. 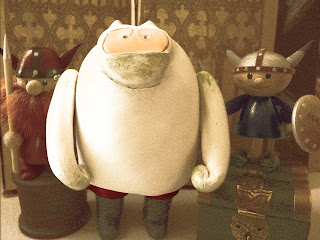 Occasionally, they like to photograph themselves in Georges's studio with some of his objects of curiosity and then photoshop the images to look old and historic. Knut is standing on a treasure chest that Georges has kicking around, just in case he needs to play pirate. 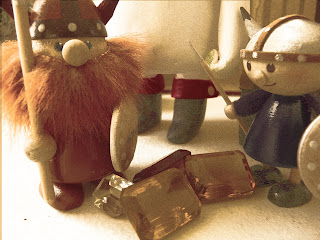 Ole and Knut standing next to some of the Viking loot they "raided" in one of their excursions.

They take their cosplay* very seriously!

the art or practice of wearing costumes to portray characters from fiction,
especiallly from manga, animation, and science fiction.
2.

a skit featuring these costumed characters.